Earlier this year – on 13 June 2022 – a significant landslide occurred in the La Baie area of Quebec. Local authorities were alert to the threat several weeks in advance, thanks to traditional LiDAR surveying and manual investigations, allowing for appropriate measures to be taken to protect lives and as much property as possible.

But what if the threat could have been identified much sooner?

What if the local authorities had access to near real time analysis with mm-level precision monitoring and intelligent alert systems to see threats months and even years in advance?

These were two questions the CATALYST team was interested in.

To answer them, InSAR analysis of the La Baie region was carried out to build an accurate picture of historical ground movements, not just days and weeks before, but years. The results proved decisive, with clear warning signs identifiable as far back as 2018.

Here’s how it was done.

But what if the threat could have been identified much sooner?
What if the local authorities had access to near real time analysis with mm-level precision monitoring and intelligent alert systems to see threats months and even years in advance?

The landslide in La Baie

13 June 2022 - a day the local authorities of La Baie, a residential area in the Quebec province, had been anticipating for several weeks. Concerns about ground stability in the region had prompted an evacuation of more than 200 people from 76 houses, which ultimately proved to be the right call when a very significant landslide occurred. The resulting impact was minimal. No loss of life or serious injury was reported, while one house suffered damage as a result.

The local authority’s response was made possible through its traditional and well-used stress map process. First, an airborne LiDAR survey is carried out to identify slope terrain and the presence of rocky outcrops, before manual surveys are then carried out on the geological properties of the soils and erosion rates. Susceptibility zones are then created based on the standardization of the characteristics of the area at the time of mapping.

From this process, authorities were able to identify instability in the clay soil - precipitated by 157mm of rain in the preceding two weeks - with high risk of hillslope failure.

But while the stress map process proved effective in highlighting the risk and gaining understanding of the topography of areas in this instance, it’s still only ever a snapshot in time of what the ground looks like.

It’s not an active monitoring system.

But what if they had an active monitoring system?

It’s the question that most interested the CATALYST team when news broke about the landslide in La Baie.

While the local authority response was appropriate and it saved lives, it was only ever going to be as good as the notice they had to react. In this instance, weeks. Damage, as a result, could be reduced rather than avoided.

To investigate the possible benefits of an active monitoring solution, CATALYST conducted  InSAR analysis of the region, using historical data going back to 2018 to identify when the earliest signs of ground movement, or threats to ground integrity, first appeared.

InSAR workflows measure changes in surface movement through time. By using two radar images collected at different times from a similar vantage point, a comparison of surface change is possible.

Unlike infrared light, radar waves can penetrate clouds and darkness, allowing scientists to track changes on the ground even under bad weather conditions or through the night. This means that consistent monitoring can be achieved across a long period of time.

For this project, CATALYST acquired Sentinel-1 images of the Saguenay area over the period of 2018-2022, run each year individually through the CATALYST InSAR analysis workflow with the ground displacement in mm in the region.

CATALYST conducted  InSAR analysis of the region, using historical data going back to 2018 to identify when the earliest signs of ground movement, or threats to ground integrity, first appeared.

What the analysis showed

CATALYST’s InSAR post incident analysis revealed significant displacement in the location of the incident as far back as 2018.

In figure 1, the map indicates areas of high subsidence in red-dark red colour and the areas of subsidence.

The white and pink points, on the other hand, indicate ground stability, or minimal change.

If we look closer still, in figure 2 the following aerial image points to the exact location of the landslide which is surrounded by subsidence.

The vegetated area does not have any points associated with it as dense vegetation blocks the radar’s ability to supply accurate measurements. 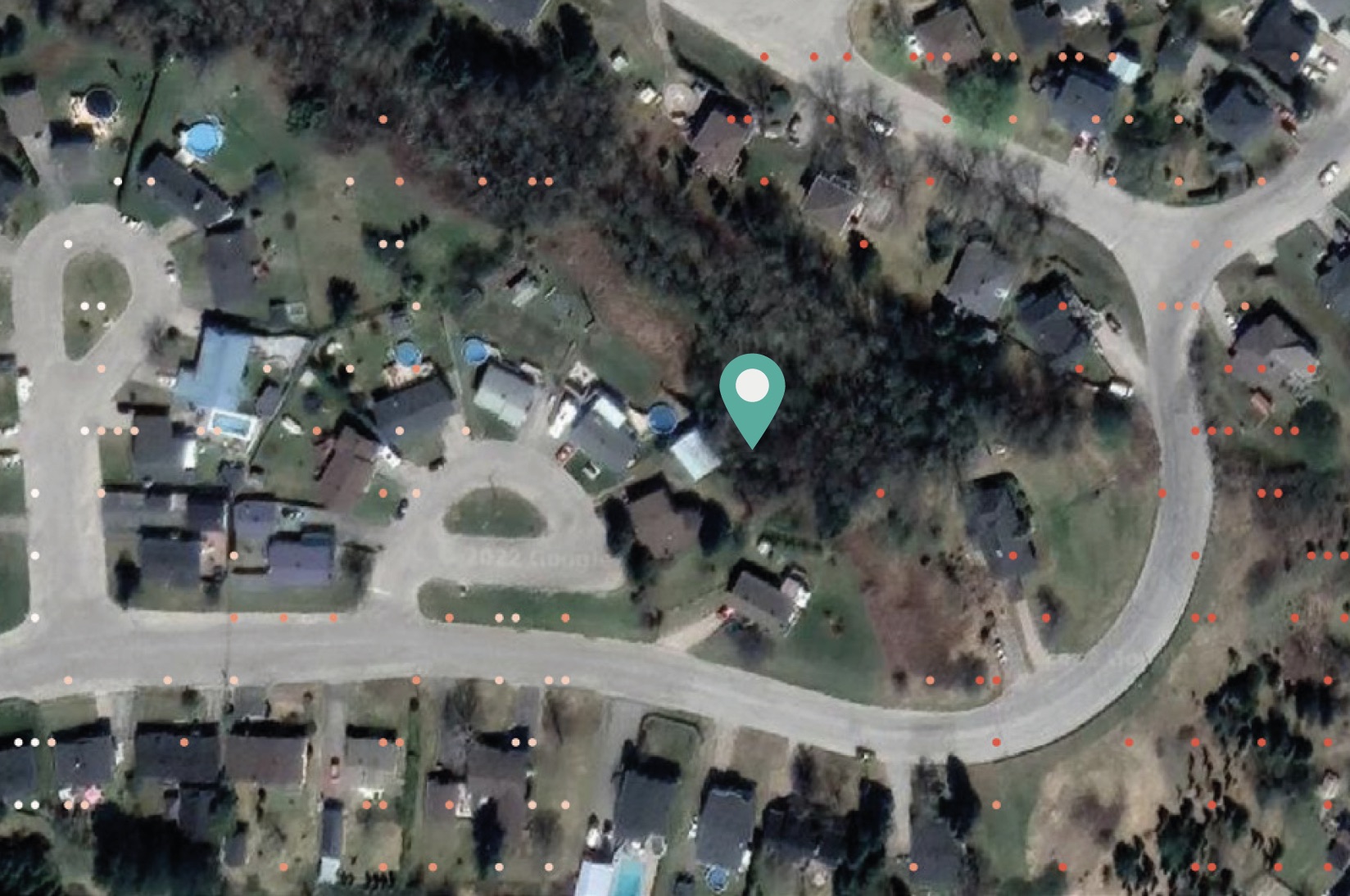 Figure 2: Cumulative displacement at the location of the landslide from 2018-2022, marker indicates area of landslide

What could this mean for monitoring landslides in Quebec?

There is little doubt, the authorities’ response to the landslide saved lives and greatly reduced damage to property and infrastructure in La Baie.

As effective as it was, however, responses in Canada have long been reliant on existing static technologies and processes, which offer only single snapshots in time.

As a result, it’s often about impact reduction rather than prevention.

However, with CATALYST InSAR, the opportunity exists to actively monitor sites and ground deformation in near real time.

This means that not only can evacuations and maintenance work be deployed long before events occur, but unstable areas can be stabilized before any building work is started to ensure human induced landslides won’t happen.

For residents, it’s a safer, more secure quality of living. While for local authorities, it’s the potential to combine InSAR with the current LiDAR and on-site measurements to create a bulletproof strategy for predicting landslides, protecting citizens’ lives, and reducing annual costs.

Whether you need a ready-to-use ground displacement monitoring service or a professional software for in-house InSAR processing, then you are in the right place!

CATALYST is a world-leading developer of software and systems for remote sensing, imagery processing and photogrammetry. With 40 years of experience in the geospatial industry, CATALYST is recognized globally for its excellence in providing software for accurately and rapidly processing satellite and aerial imagery. There are more than 30,000 CATALYST licenses, in over 150 countries worldwide.